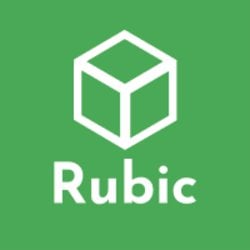 They had a false start earlier in the year when hype overtook the reality of where the product was. But Version 1 of their Layer X Protocol for cross chain routing (one of their marquee features, which all that early hype was about), will be fully up and running on September 2nd (next week).

V1 will allow users to trade 7,500 tokens across ETH, BSC and Polygon in a single click, with FTM and Harmony to follow in Q4 (October).

I’d consider this to be among the first, if not the first TRULY cross chain DEX. Not just a selection of a few pairs, but access across all tokens.

The team have been great. They’re fully doxxed and have a track record having released and continuing to support MyWish (a smart contracts writing platform). They’ve been very punctual hitting roadmap objectives and very responsive to the community’s suggestions for improvements.

To begin with (in v.1), they’ll be using their own centralized and closed liquidity pools.

Version 2 of the Layer X Protocol for cross-chain routing, which is scheduled for early Q4, will enable decentralized liquidity pools that can be populated with native assets and RBC (and wrapped RBC) tokens. Doing so, will reward stakers proportionally with a % of the fees to encourage token holders to populate these liquidity pools and provide passive income for users who stake their RBC and native assets into these pools.

This isn’t a memecoin but a legitimate, professional project.

Their aim is to be the Amazon of Crypto – a one stop shop for everything you need. And I really believe they can do it – mainly due to the progress shown by the team in hitting roadmap targets. They’re clearly professional, driven and well motivated. And while there is a hell of a lot of competition I honestly struggle to see anyone else so close to a fully functional product that’ll allow full cross chain trading.

Anyway, that’s my brief PSA (as I’m generously going to term the shilling). Honestly, you should check them out. They’re still tiny at the moment (15mn MC), but if they can establish themselves in this space, they could be huge.

Details are below. I’ll probably post this a few times in some different subs then give up, so if you check them out and agree with my assessment, don’t be shy in spreading the word. Slinging shitcoins is one thing, but when you find a real project you believe in – a project you truly think could make a difference – I think it’s only right to bring as many people in to it as you can. Nobody wants to make it alone.

‘In the next three to five years, the DeFi industry will grow massively,’ says 1inch Network co-founder Anton Bukov