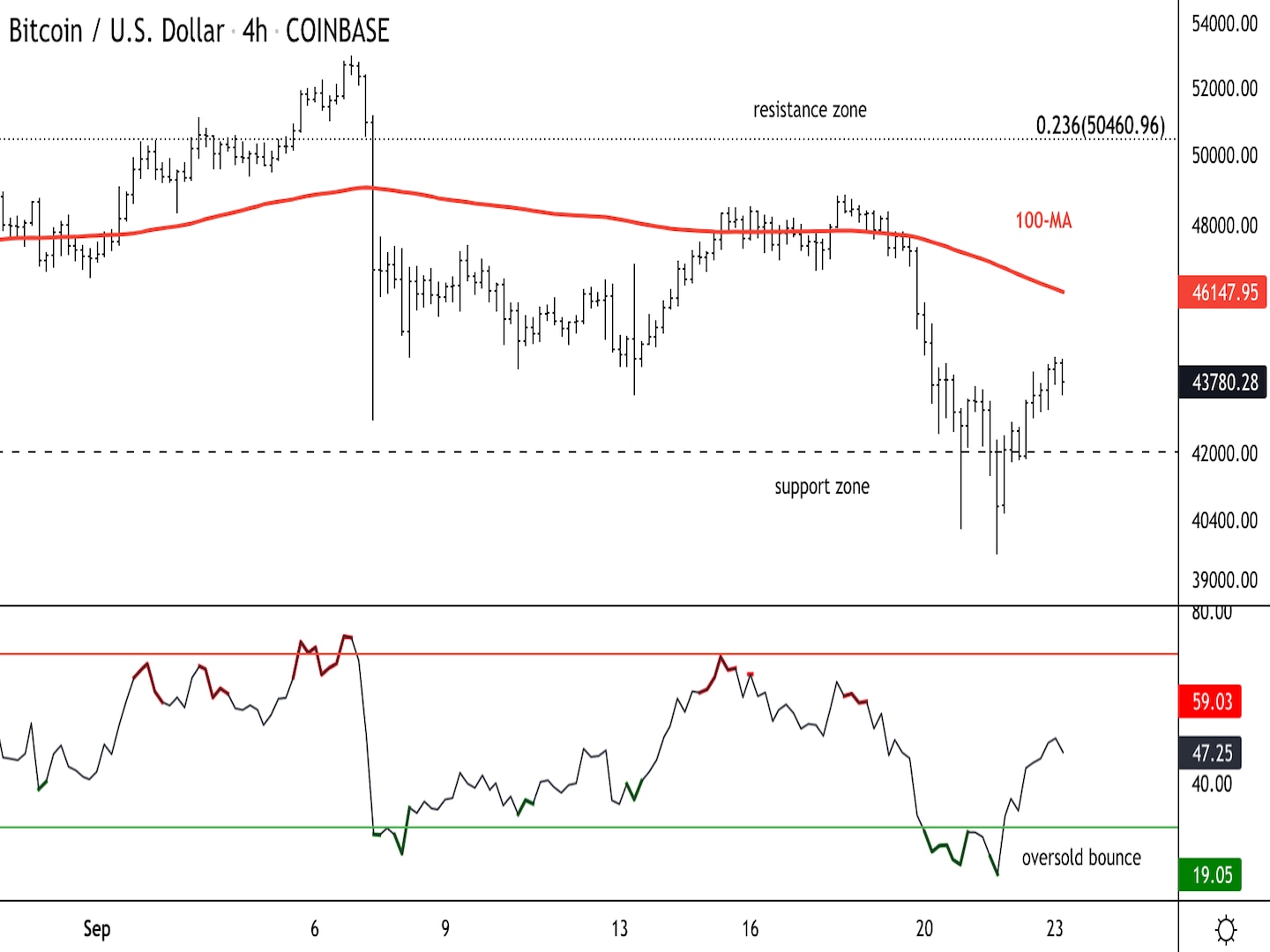 Bitcoin (BTC) is recovering above its $40,000-$42,000 support zone after oversold signals appeared on the charts. Initial resistance is seen at around $46,000, which could limit further upside short term.

In an ongoing lawsuit, Ripple criticizes the SEC’s demand for employee Slack messages