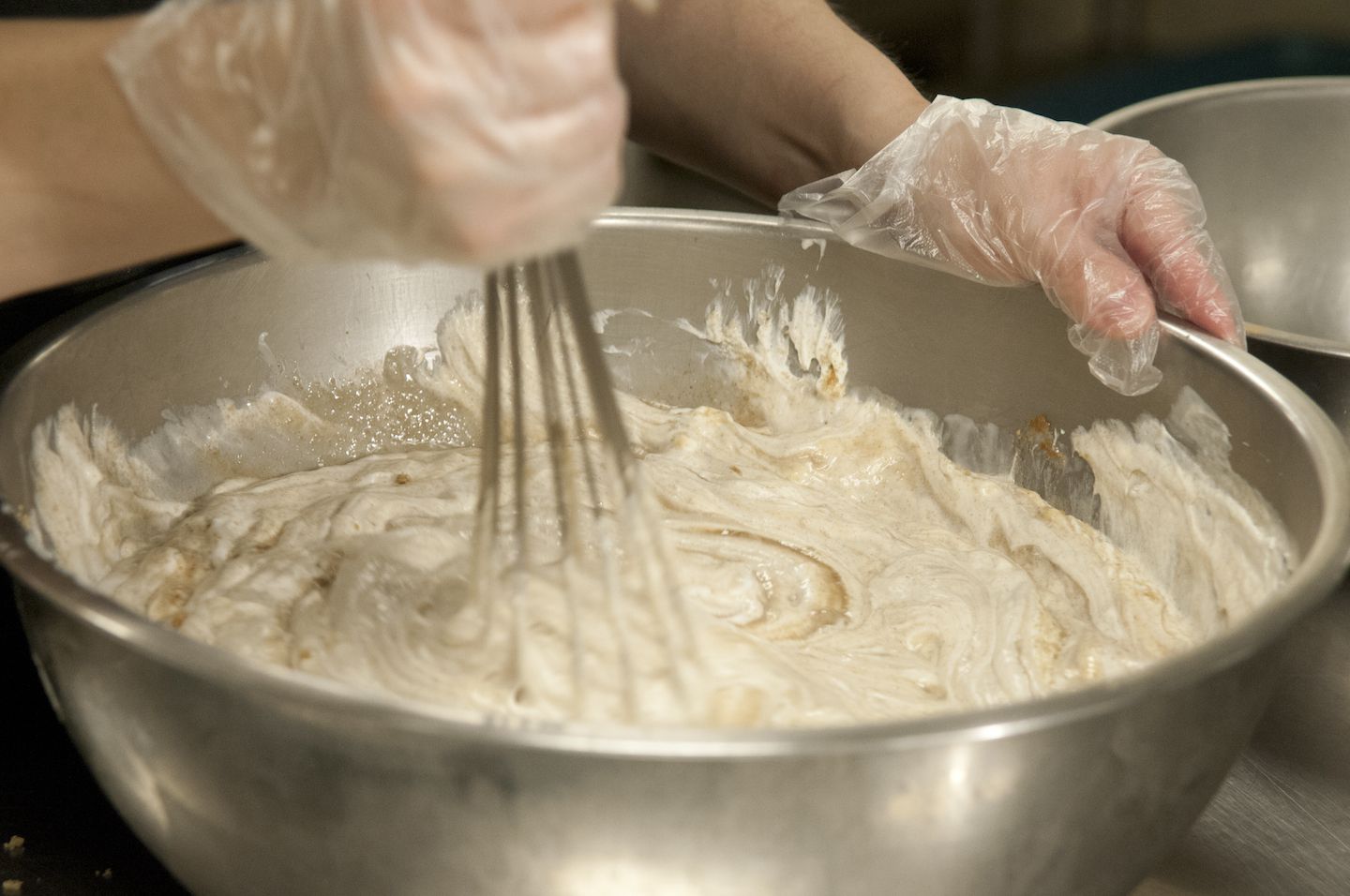 Which is harder, mining bitcoin or selling pancake batter?

Nate’s Foods is about to find out.

The little-known, publicly traded company, based in Huntington Beach, Calif., announced Oct. 25 that it has started mining the oldest and largest cryptocurrency by market value. Ditching its original product – premixed pancake and waffle batter in pressurized cans – Nate’s has leased miners manufactured by Bitmain to earn new bitcoin at a rate of 500 terahashes per second.

Nate’s said it plans to ramp up its hashrate, or computer processing power, to 1,500 terahashes per second with the two-year-old model S-17 miners. Nate’s expects those machines to generate about $17,060 per month in revenue.

That would be a step up from the food business, which was flat as a pancake financially for Nate’s – it reported no sales in the fiscal quarter that ended Aug. 31, the most recent period for which it has disclosed results. Nate’s penny stock, which is traded on the over-the-counter markets, has more than tripled in price since the company announced the radical shift in its business model on Sept. 30.

Nate’s is the latest in a long line of companies from different industries pivoting or diversifying to mining or other crypto-related activities. First seen during the 2017 bull market, the trend is making a comeback as bitcoin trades near all-time highs and the crackdown on crypto activities in China, once the world’s mining epicenter, has thinned the competitive field.

An uncharitable interpretation is that such moves are merely ploys to pump up a failing company’s share price. That appeared to be the case with Long Blockchain, formerly Long Island Iced Tea, whose attempt to cash in on the 2017 blockchain frenzy famously soured, making it a poster child for boom-time excesses. Its stock was eventually delisted because of the company’s failed attempt to transition itself into a blockchain player. The U.S. Securities and Exchange Commission (SEC) charged three individuals with insider trading.

If done properly, however, pivoting to mining can succeed, even if a company’s previous business had nothing to do with crypto. For example, Riot Blockchain, which used to be a biotech company called Bioptix, changed its name and business model in 2017. It is now one of the top publicly traded crypto miners, with a market capitalization above $2 billion.

Nate’s Food took the plunge into crypto mining after its CEO, Nate Steck, saw other OTC-traded companies entering the sector. He wanted to guard his company against another supply chain crisis such as the one created by the coronavirus pandemic, he said in an emailed statement to CoinDesk.

“I wanted to get away from the whole disruption of goods and services,” Steck said. So he contacted a crypto mining consultant and started “checking boxes” on what would quickly propel shareholder value and increase revenue.

“The bottom line is that crypto mining has an immediate return on our investment,” Steck said. “Future projects will develop as the coin platform opportunities become similar to the early stages of the internet,” he noted. Nate’s created a subsidiary, Nate’s Mining, and a Twitter handle to reflect its new focus.

Other recent converts to crypto mining include Chinese sports lottery firm 500.com (NYSE: WBAI), which announced in January It will start buying bitcoin miners and has ramped up efforts throughout this year. A shipping company, Sino-Global (SINO), hired executives in February to spearhead the company’s entry into bitcoin mining. In April, a Florida-based longevity and wellness product manufacturer, Graystone Company (GYST), announced it would move into bitcoin mining to improve its own financial health.

The switch to crypto mining is no surprise when companies are losing money or don’t have a sustainable business model. According to a research note by Jonathan Petersen, an analyst at the Jefferies investment firm, bitcoin mining has been a high-margin business with a short payback period, or the length of time required for an investment to recover its initial outlay.

“This year has been one of the best environments for BTC mining in North America due to the reduction in competition following China’s mining ban and the ongoing global chip shortage, which also puts a cap on new BTC miners being deployed,” he wrote.

DA Davidson analyst Christopher Brendler estimated that for a “best in class” miner with access to cheap power, the average cost to mine a bitcoin is around $5,000, with gross margins as high as 90%, even if bitcoin trades around $50,000. (It’s in the high $50s as of press time.)

He estimated that for miners such as Marathon Digital, the gross margin, or profit retained by a company after operating costs, will be about 89.6% in 2021 and 90.8% in 2022.

With such margins, it’s easy to see why companies would be tempted to start a crypto mining business. However, it will require a long-term strategy to make the move truly profitable, said Zack Voell, director of content and research at Compass Mining.

“Current market conditions make bitcoin mining an extremely profitable activity for almost anyone. But rushing into financing a large-scale mining operation because of current profitability can end in disaster,” he said, cautioning would-be miners to resist fear of missing out (FOMO).

“Any company that wants to dabble in cryptocurrency mining should ignore FOMO and prepare a multi-year strategy for their operations,” Voell said.