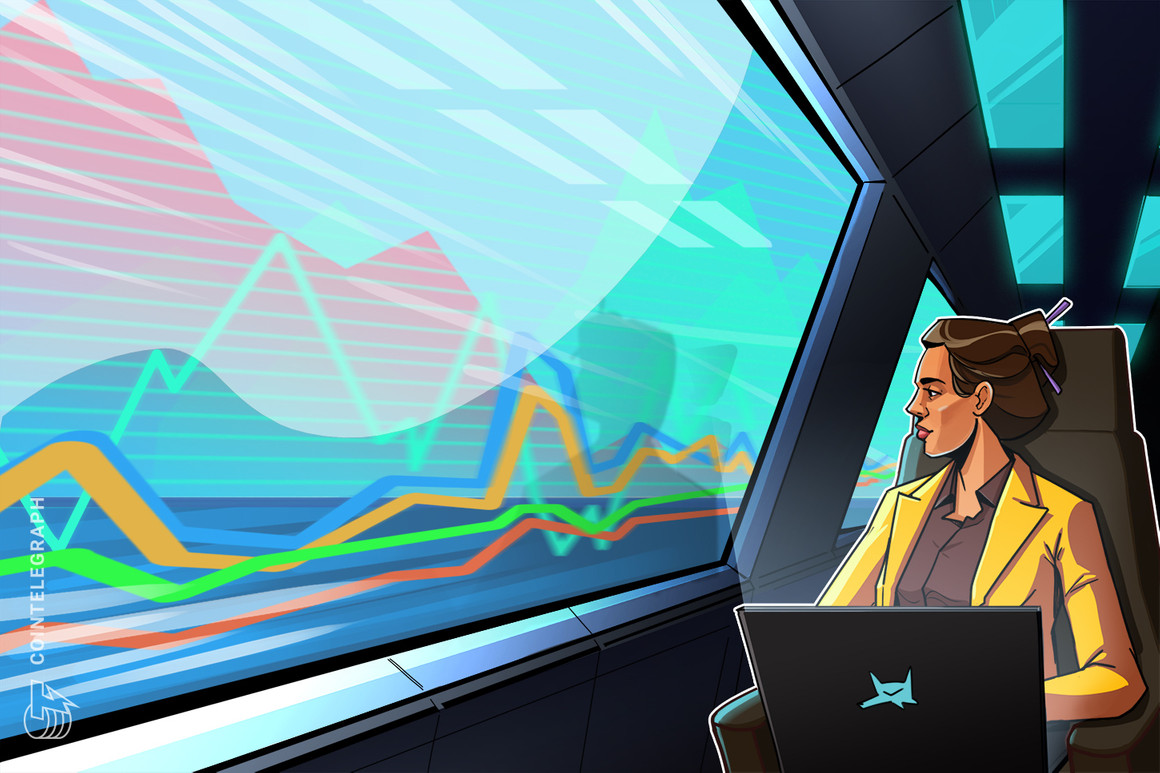 Crypto traders will take any edge they can get. From fundamental research on long-term prospects to short-term price pumps created by new exchange listings, the 24/7 digital asset market provides opportunities for investors and traders of all stripes.

But this week, those traders who incorporate the Cointelegraph Markets Pro VORTECS™ Score into their research had a special reason to celebrate the inherent volatility that makes risk-averse traders cringe… and seasoned crypto pros pop champagne corks.

LPT, the Ethereum-based native token of decentralized video streaming network Livepeer, has seen some extraordinary ups and downs over the last three months. Valued at less than $2.00 in mid-January, it soared on the news that Grayscale Investments, one of the blue chips of digital asset investment, had been poised to launch an LPT trust.

Another pump came on March 17, with the official validation of the news that saw the token to its then-ATH around $30. By early April, it was nearing $40 on the news of an OKEX listing.

The rest of April and early May were largely uneventful for Livepeer, before a series of bullish news items once more saw the token reach its current all-time high above $44 on May 11.

As the graph below rom Cointelegraph Markets Pro illustrates, that rally was strongly driven by two announcements, delivered to the platform’s users as instantaneous NewsQuake™ notifications: Listing on Bithumb exchange and start of SGD trading on Gemini (red circle in the graph).

And then, Bitcoin and the entire crypto market tumbled… with Livepeer a major casualty.

The outlook became bleak for the asset as LPT embarked on an almost uninterrupted downward run that took it from its all-time high around $44 to the low of $11, registered on May 24.

Finally, this week brought good news that spelled a reversal of the negative trend. The VORTECS™ Score, an algorithmic comparison of historic and current market conditions exclusive to Cointelegraph Markets Pro, identified conditions that have historically been favorable for LPT — giving members a heads-up that bullish conditions had been identified several hours before the tide’s actual reversal.

The score before the storm

in the chart above the coin’s VORTECS™ score line went dark green at 81 (first red circle) whil the price was still searching for the bottom at around $11. VORTECS™ Scores above 80 generally indicate patterns of market and social activity that in the past consistently preceded significant increases in the asset’s price over the next 12-72 hours.

This spike coincided with Livepeer’s tweet of a new weekly record high in terms of the length of unique video transcoded — a real-world development that could convince investors that the asset had been undervalued.

Several hours later, the price began climbing (first red box), eventually reaching $24 on May 26. While still on the way to this local peak, the VORTECS™ algorithmic score went over 80 again (second red box), suggesting that previous runs like this one usually had second legs. Indeed, a small aftershock did come several hours later, taking the price from $32 to almost $36.

The outlook remains quite bullish for LPT, as May 28 saw another two high-profile listing announcements: one from Binance, and another from Kraken.

Sure enough, Markets Pro members have been seated in the front row for both, thanks to lightning-fast NewsQuakes™ delivered via mobile notifications and in-browser alerts. Even before these two announcements hit, Livepeer was 144% up this week, and clearly the coin’s gloomy streak is over for now.

OpenSea monthly volumes top $5B as NFTs continue to mainstream