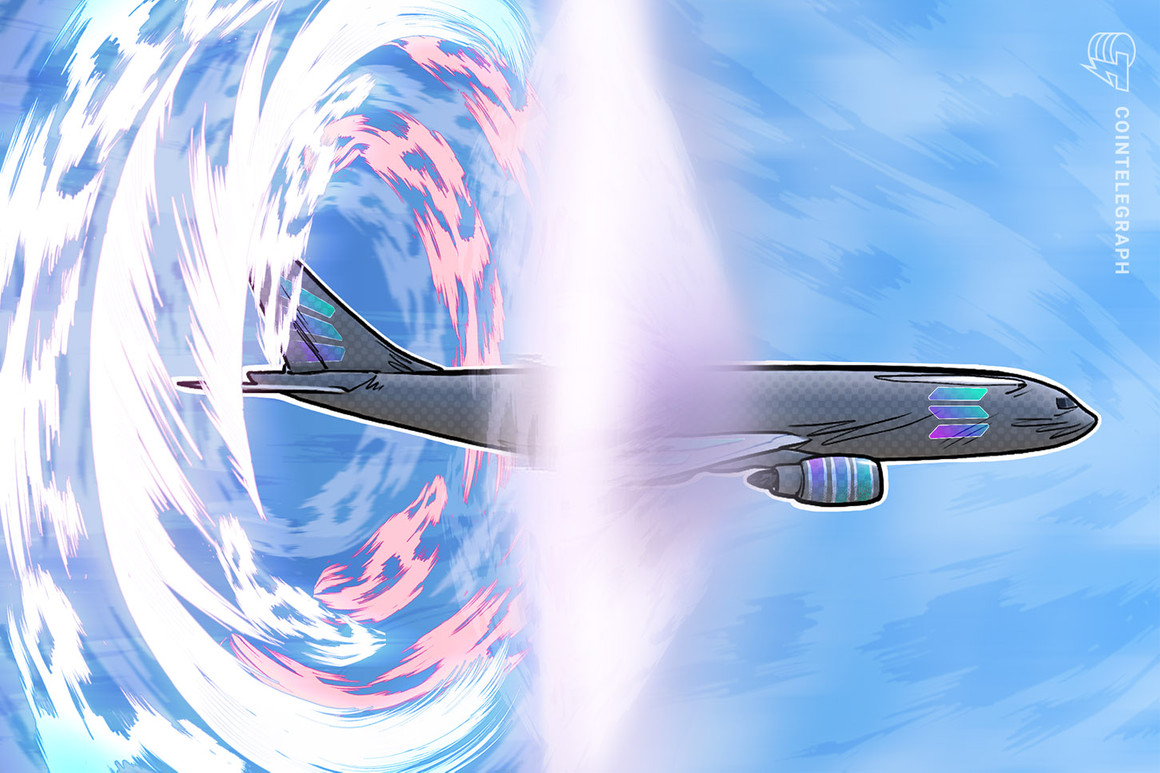 The latest buying period in the Solana market has been painting what appears to be an “inverse head and shoulders pattern (IH&S)” pattern.

The bullish reversal setup appears when the price forms three troughs in a row below a common support trendline called th “neckline.” The middle trough, known as the “head,” is always deeper than the other two troughs, called shoulders.

An IH&S setup resolves after the price breaks above the neckline level. Also, as a rule of technical analysis, the pattern’s profit target comes to be at length equal to the maximum distance between the head’s lowest tip and the neckline.

Suppose SOL breaks above its neckline resistance of $41.50. Then, the chances of continuing the bullish retracement stand around 83.5%, with its upside target sitting at over $68, about 75% above today’s price.

Solana’s road to $68 could face hurdles in a confluence of technical resistance levels, including its 50-day exponential moving average (50-day EMA; the red wave) and a support-turned-resistance line. Both resistance levels are around $47.

SOL remains at risk of exhausting its IH&S breakout, which, in turn, could trigger a “bear flag” setup. A pullback from the $47-resistance-level, coinciding with the flag’s upper trendline, could lead to a breakdown, as shown in the chart below.

As a result, SOL’s downside target comes to be approximately inside the $23–$30 range, depending on its breakdown point.

Not rushing into an entry at current price. If I don’t get filled slightly lower, so be it. pic.twitter.com/IgZbeBAq40

Nonetheless, declining volumes remain a concern, so traders should play the short-term trend until further bullish confirmation, he added. In other words, SOL’s likelihood of returning lower is high after reaching $47.

Solana is also down 85% from peak

Like most crypto assets, Solana has lost a significant chunk of its valuation compared to its November 2021 peak and is now down over 85%.

Additionally, Solana’s “decentralization” has faced increasing scrutiny amid repeated network outages and a recent attempt to take control of a whale’s wallet via community voting to force liquidation.

Absolute comedy. @solendprotocol, a supposed “decentralized” lending protocol built on Solana has “voted” to take over a whales account with emergency powers to eliminate the chance of forced liquidation.

“Decentralized” in name only. pic.twitter.com/Vrua3dFoES

On the other hand, some anticipate Solana’s ecosystem to grow just like its top rival Ethereum did after the 2018 bear market. That includes Spencer Noon, the co-founder of crypto-focused Variant Fund, who said:

“Solana has a vibrant developer ecosystem and its downtime issues are solvable. This will be obvious in retrospect.”

Large transactions on Cardano up 50X in 2022