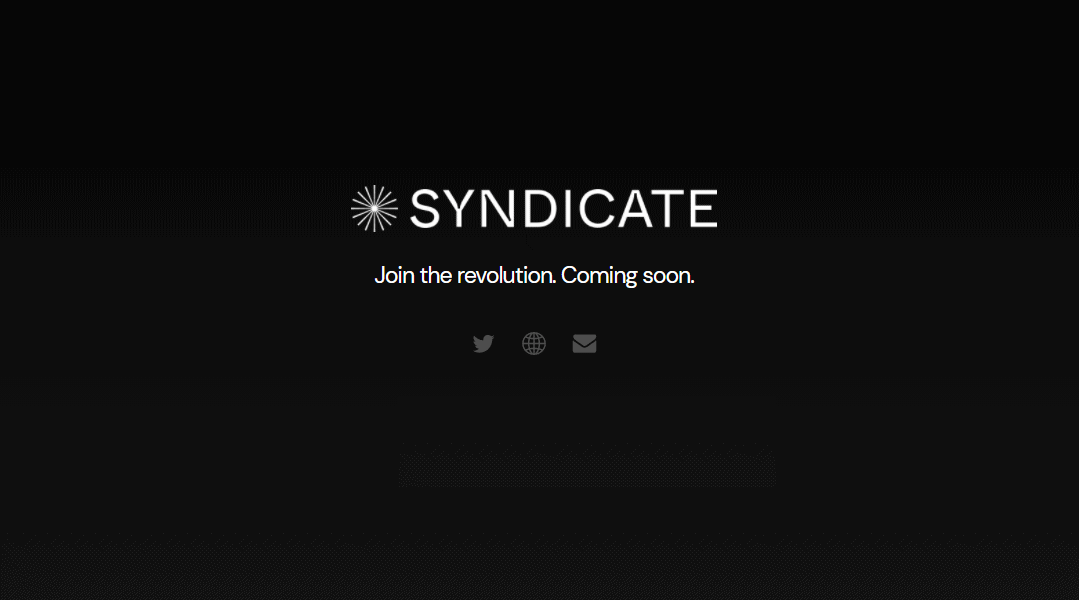 Syndicate has announced that 10% of the decentralized autonomous organizations (DAOs) in the blockchain sector have been created on the protocol within three weeks. The firm revealed this in a February 15 tweet.

Syndicate is a blockchain-based protocol that facilitates the creation of DAOs. The influx of new DAOs in the market could be attributed to their rising popularity in the crypto industry that prides itself on decentralization.

According to DeepDAO, the total DAOs in the industry are estimated to be around 4227. The co-founder of Syndicate, Will Papper, has stated that the protocol has been used to create 450 DAOs, accounting for over 10% of all the DAOs in existence.

Syndicate automates the process of creating DAOs on-chain. Anyone can set up a DAO using the protocol in less than a minute. The only expense paid is the gas fees. It also has a plug-in feature to allow DAOs to monitor compliance with the local regulations.

According to Paper, DAOs are powerful structures, and their adoption will continue to be witnessed over time. While there are benefits to DAOs, Papper highlighted the risks that also lay within.

“Anyone who runs a DAO knows that they are much less efficient than traditional companies or other organizations. This trade-off in efficiency is worth it, however, for the increase in resiliency,” Papper said.

Papper also added that some changes needed to be implemented for DAOs to maintain a high-efficiency level. One of the areas they need to improve on is the daily decision-making process.

“They are compelling innovations in governance around subDAO and council models, but they’ll still need more time to fully emerge,” Papper added.

The protocol has not provided the names of any of the 450 DAOs that have been created on the platform to maintain their privacy. Papper stated that these details could be available on-chain. He explained that the user information runs on decentralized smart contracts; hence anyone could easily access the information.

The two largest DAOs in the market are BitDAO (BIT), created in 2021 and Uniswap (UNI), created in 2020. The two DAOs have a collective $4.4 billion in their treasury funds. DAOs have become highly popular such as they were recently recognized as legal organizations by the Republic of the Marshall Islands.

Will China’s Clamp Down on Mining Create Long Term Impact on the Price of Bitcoin? – Blockchain News, Opinion, TV and Jobs